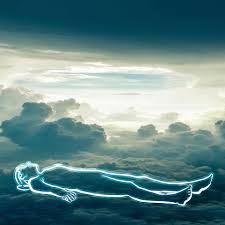 In the practice of Yoga Nidra and Third Eye Meditation, the practitioner has the welcome opportunity to drop all the typical entrapments of traditional meditation..

Meditation. The very word invokes scenes of serenity and tranquility, beckoning us to a mystical place of awareness and all knowing. But how many of us actually reach that state during hours of sitting on our cushion?

For most, meditation is as elusive as any esoteric practice could be. In frustration, many practitioners may give it up in favor of Hatha yoga or some other discipline in which they feel they are accomplishing something. Without question, meditation is difficult. In a single hour, our brain processes some 2,000 thoughts. How challenging it is to sit and simply observe those myriad thoughts without becoming involved in a mental dialogue about them. Our legs invariably begin to ache, our skin itches and we become totally dissatisfied with our performance, deriding ourselves for our inability to even sit still for half an hour. Such self-judgment could not be further from the aim of meditation.

In the practice of Yoga Nidra and Third Eye Meditation, the practitioner has the welcome opportunity to drop all the typical entrapments of traditional meditation. Yoga Nidra is the marriage of science and spirit.  A simple healing technique practiced by yogis for millennia. It is the unique combination of alert awareness and deepest relaxation, which takes your brain to the alpha state and eventually the even deeper theta wave state, releasing the integrative powers of the Third Eye and the higher centres of consciousness. Here, without effort or strain, you are able to tap into your own source of intuition, creativity, health and abundance.

How It Works
The literal translation of “nidra” is sleep. However, in the practice of yoga, it is a dynamic state, not the unconscious sleep of slumber. It is practiced in a comfortable lying down position, savasana. The facilitator guides you through a series of breathing exercises and simple instructions that you perform mentally. In some methods, visual imagery is used or a scan of the body, where the mind momentarily focuses on a marma point (e.g. shoulder, elbow, wrist, and so on.) This occupies the mind with something mundane, preventing it from becoming involved in the usual mind-chatter that absorbs our ordinary consciousness and diminishes our energy.

Within a short time, the practitioner is submerged in the alpha state, where brain rhythms drop into the silent space within. Once your body is relaxed and your mind is calm, all energies are focused on the Third Eye, the inner sanctuary located between the eyebrows. Here you are simultaneously able to access both the logical left brain and the intuitive, insightful right brain. This naturally and effortlessly brings you into integration, where you experience deep relaxation yet remain aware and conscious.

While ordinary sleep may renew the body and refresh the mind, it cannot alter your unconscious programming. Yoga Nidra relaxes, rejuvenates and renews not just the physical body, but also empowers you to eliminate the unconscious obstructions that keep you from connecting to the source from which your inborn potential may be actualised.

About The Author
For more than 40 years, Yogi Amrit Desai (Gurudev) has been a pioneer in reestablishing the spiritual depth of yoga. Hundreds of thousands of people around the world now teach and practice yoga as a result of Yogi Desai’s teachings. In 1970, he experienced a spontaneous Kundalini awakening by the grace of his guru, Swami Kripalvanandji. The yoga society Yogi Desai founded eventually grew to become Kripalu Center for Yoga and Health, one of the largest centers of its kind in America.